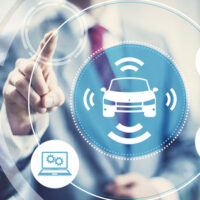 Tesla appears to be at the center of what might very well turn into a class action lawsuit, once again: It’s latest app feature—called the “Smart Summon”—has been documented causing car accidents, just since it was released to the public on September 26. The feature is designed to allow someone to “summon” their car to come pick them up in a parking lot without any driver whatsoever being located behind the wheel when the owner is within 200 feet and the car is within their line of sight. However, problems have occurred with the function, resulting in cars backing into vehicles being remotely operated by the feature, glitches, low-speed collisions, traffic summons, and other accident issues.

As a result of these issues emerging, a number of questions have arisen as to who bears the liability when it comes to these accidents. Some state Departments of Motor Vehicles have already weighed in and announced that the feature cannot be considered to be autonomous, “driverless” technology because the owner still has control of the car, making owners of cars liable for now; at least unless/until those agencies investigating the accidents—such as the National Highway Traffic Safety Administration–find defects with the associated software (Tesla Version 10.0). Still, because the feature is so unique and new, it is still unclear where it falls under U.S. vehicle safety regulations. According to the company, there were more than 550,000 Summon uses just in the first few days. The feature is the very first to allow the operation of a vehicle without any driver behind the wheel.

Can Tesla Be Held Responsible?

Still, it is entirely possible—even likely that—as the accidents pile up, Tesla will be brought into a legal fight. While the laws have not yet caught up to vehicles with features like these, as they become more and more popular, liability will shift to manufacturers. In addition, limitations on the app—as well as other features—point the finger at Tesla for being responsible when accidents do happen. The vehicles arguably provide a “false sense of human control.”

Indeed, the Insurance Institute for Highway Safety has already indicated that it has concerns. Specifically, while the feature lacks the requirement of a driver being located behind the wheel, it also relies on supervision from the owner; even if they are located some distance away from the car.

Contact A Rhode Island Accident Attorney If You Have Been Affected

If you have been hurt or injured by a driver using software like this or under any other auto accident circumstances here in Rhode Island, contact Michael Kiselica at the Kiselica Law Firm. He is an experienced Providence car accident lawyer ready to ensure that you move forward in getting what you need so that you can move on after your accident.

By Kiselica Law Firm | Posted on October 15, 2019
« Toxic Drinking Water Found at Rhode Island Army Installations
New Report Indicates That Rhode Island Has Some of the Worst Roads in The U.S.—How This Impacts Accident Rates »