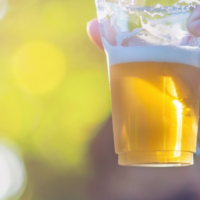 Here is the article as it appeared in Providence Journal:

PROVIDENCE — In a case that spells college students beware, a Superior Court judge has ruled that a University of Rhode Island rowing club member can be held liable for the alleged sexual assault of a guest at his alcohol-fueled party.

Superior Court Judge Melissa Darigan refused to dismiss a lawsuit brought by a URI freshman against senior Michael Durgin over her alleged assault at a party Durgin and his roommate hosted at their off-campus rental in October 2018.

Durgin’s housemate, rowing club captain and fifth-year pharmacy student John Mannion, is also named a defendant in the suit; Darigan dismissed claims against a third housemate, Dante Procopio, who was not present at the party.

Darigan’s ruling signals that the case against Durgin and Mannion can proceed toward trial.

According to facts laid out in the ruling, on Oct. 27, 2018, Durgin and Mannion planned and hosted a large party at 4 Castle Rd. in Narragansett for guests, many of whom were younger than 21. They initially restricted access to guests closely related to the rowing club by posting someone to monitor admission. Later in the night, the woman, who was 18, and her friends learned the party had opened up to others and was not being monitored.

A rowing club member offered her his Red Bull with alcohol, and she took a drink. She and her friends then served themselves drinks from the liquor provided by Durgin and Mannion. The woman began playing drinking games and became “severely” intoxicated, the ruling states.

She and her friend tried to use the second-floor bathroom, but were escorted away by a guest manning the top of the stairs.

Later, however, another rowing club member and a guest led her into Procopio’s bedroom, where she engaged in non-consensual sexual intercourse with one, the ruling states, based on the woman’s complaints.

‘It is a cautionary tale to not only every college kid, but to the parents of every college kid. What’s in play is an attempt to greatly expand social host liability law … to the point where the host has to be on the lookout for possible hookups.’

No one has been criminally charged. The Journal does not identity victims of alleged sexual assaults.

The woman filed suit in May 2019, naming Durgin, Mannion and Procopio as defendants, as well as the property’s owners, Charles and Martha Rogers. She alleged that she had been injured due to their negligence. She is seeking a jury trial and unspecified damages.

Durgin argued the case should be dismissed because the social host theory didn’t apply to him, as the freshman was a trespasser at the party.

Mannion has argued in a counterclaim that the woman assumed her own risk, has “unclean hands,” and bears equal fault in the alleged incident.

“What’s in play is an attempt to greatly expand social host liability law … to the point where the host has to be on the lookout for possible hookups,” Philbin said.

“The implications are almost comical. It describes what happens every weekend in dozens of college towns,” he said.

Darigan found that Durgin, an engineering student from Middletown, had a special duty as host of the party to take reasonable measures to ensure safety. Darigan noted that while Durgin and Mannion initially restricted access to the party to people associated with the rowing team and stationed someone to keep guests out of the second floor, those measures evaporated as the night wore on.

As alleged, “Durgin conceivably knew or should have known that amassing a large quantity of alcohol, which was made available to known underage guests, could result in injury to one of his guests, yet he failed to take any action to ensure his guests’ safety once the alcohol he supplied was consumed,” Darigan wrote.

Further, the judge concluded, Durgin should have known that he needed to intervene upon seeing that the woman and her alleged attacker were “obviously intoxicated” as they headed to the second floor, which had previously been off-limits.

“Judge Darigan’s decision makes clear there are social host and premises liability consequences in these circumstances. The judge was not making new law, however, just recognizing that existing legal precedent supports liability claims against a party host under these facts,” Kiselica said in an email.

Darigan dismissed claims against Charles and Martha Rogers, who had rented the house to rowing club members for years.

Darigan ruled that the woman had not alleged facts to suggest the Rogerses “knew or should have known of the necessity and opportunity for exercising control” over the premises and party.

By Kiselica Law Firm | Posted on May 11, 2020 Tags: Personal Injury, Social Host
« Catastrophic Injuries – And Sometimes Death – For Workers at Amazon Facilities
As More And More People Are Harmed by The Coronavirus Here in Rhode Island, Some Healthcare Workers Seek Immunity from Medical Malpractice Lawsuits for A Reason »